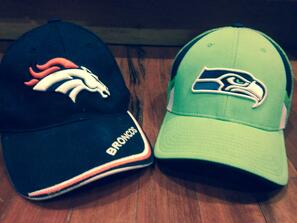 One of the most anticipated Super Bowls in history is about to be played, and you need to be ready.  If you want to impress your friends and act like you know what you're talking about I have put together all you need to know.  This is going to be a great game with a ton of intriguing story lines, it's hard to really break it down to a few simple keys to the game.  I've done the heavy lifting for you, after watching nearly every game both teams played this year I have a pretty good sense of who they each are.

As a Seattle native living in Denver for 13 years I still can't shake my love of the Seahawks.  I've been rooting for the Broncos all season with so many friends behind them, this is the Super Bowl matchup we've all been dreaming of as we've watched the season unfold.  The two best teams in football have made it this far with completely opposite strengths and weaknesses.  In my opinion it all comes down to how the following four questions will be answered.

First Question:  Can The Seahawks Put Pressure On Peyton Manning?

Everyone wants to talk about Richard Sherman and the vaunted Seattle secondary against Peyton Manning but I’m here to tell you it’s not going to be the determining factor.  The bottom line is Peyton Manning is the best ever and he’s far too good to stop if he has time to throw.  He can beat blanket coverage when he has time to make his progressions and step up into the pocket.

If Seattle wants to beat the Broncos they simply have to pressure Manning early and often.  If they don’t get in his face and force him to release the ball before he wants to it’s going to be a long day for the Legion of Doom.

Second Question:  Will Marshawn Lynch Get To The Second Level? 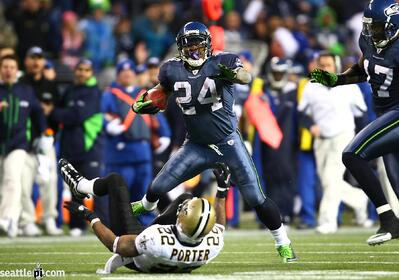 They don’t call his running attack Beast Mode for nothing, Marshawn Lynch is the most fierce running back in the game today.  When he gets through the front line of opposing defenses he’s a nightmare to tackle, dragging and shedding the secondary to the end zone.

If the Broncos can’t stop Lynch at the line like they have their last two foes it could spell disaster.  With the Beast running up and down the field Seattle has their best chance to score touchdowns instead of field goals and keep Manning on the sidelines.

Third Question:  Can Russell Wilson Be On Time & On Target?

Russell Wilson is a special player but he’s not Peyton and he’s not a pocket passer.  He’s struggled down the stretch to first pull the trigger, and then to hit his target.  If Russell can’t keep his team on the field with some well execute passes he’ll be handing the ball back to the best offense in the NFL.  He’s going to have to be on time and on target with his passes if the Seahawks are going to score enough points to win the Super Bowl.

Fourth Question:  Who Will Win The Turnover Battle?

Turnovers have decided more than one Super Bowl and they could very well decide this one.  The Legion of Boom has feasted off turnovers, seemingly scoring as much on that side of the ball as the offense does.  Turning the ball over would certainly be dooming for them, giving Peyton Manning a short field would likely light up the scoreboard.

That’s All It Comes Down To Folks

Will Peyton slice and dice or struggle to move his team down the field?  Will Marshawn run wild or will the Broncos defensive line hold him in check?  Will Wilson return to form or continue to struggle with timing and accuracy?  Will one team blunder the game away at the last moment?  For all these questions we will have answers, and as they’re answered our champion will be revealed.

The Question I Hope We Get An Answer To?

Will Peyton Manning get the ball down 4 with a minute left to go and try a fade pass to Demaryius Thomas to win the game with Richard Sherman on his hip?  And who will catch the ball??  That’s the kind of setup this marketing company thinks will make the story book ending we want to see.

If you want to know more about Revenue River Marketing please look us up online.

Previous
How Peyton Manning Is Singlehandedly Upping the Stakes for Marketing Firms
Next
Zombies, Drones and Robots

Eric is the Founder and CEO of North America for Instrumental Group. An agency owner since 2009, he's dedicated his career to working with his growing team to help organizations scale with HubSpot. An avid outdoorsman, Eric spends his free time exploring the Colorado Rocky Mountains with his wife and two boys.