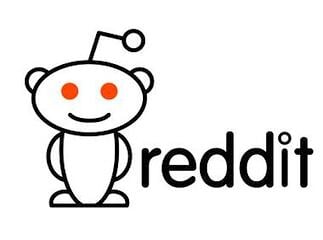 Reddit is an awesome site. An online community with complete democratic control over the popularity of posts, Reddit has sections for every imaginable topic, from general things like videos and sports to user-made niche subreddits for local breweries and video game music. Reddit users love using the voting system to bury bad memes and reposts and upvote fresh, original content, which help the best posts reach the front page and keeps garbage that doesn't contribute to the community out of sight. While not as well known as Facebook and Twitter, Reddit still gets millions of hits a day and is well known in celebrity circles thanks to the Ask Me Anything subreddit, where everyone from Arnold Swartzenegger to Snoop Dogg to President Barack Obama have answered questions from Reddit users.

Obviously, with Reddit commanding a growing number of internet users, online marketers are taking notice and trying to figure out how they can get involved. It's not easy; Reddit hates blatant attempts to pass off advertising as normal posts, and even seemingly legitimate posts praising a company raise eyebrows from the /r/hailcorporate subreddit. And yet with obviously self-promotional posts being downvoted to oblivion, companies keep trying to find a way to cleverly disguise their advertising and fool the Reddit crowd, often with little success. But Reddit marketing can work, so what are some of the biggest mistakes you can make when you try?

1. Not understanding the audience.

Reddit users are largely in the 18-40 age range, and the majority of them are male. Much like myself, most of them have "grown up" on the internet, and have a lot of experience in online forums and communities like Reddit, and are quick to pick up on marketing attempts. The best posts on Reddit contribute something new and fresh to the community; be it a new song, True Detective theory, or piece of original artwork. Obviously lots of memes and funny videos make it through to the front page as well, but they often bear significance to the attitude and culture of Reddit, things a Denver social media marketing firm couldn't just learn after a couple hours of browsing.

2. Not tapping into the crowdsourcing potential

So many people think that marketing on Reddit involves just quietly promoting your company, goods, or services. That kind of stuff is easy to sniff out, and is tough to get real traction on. But with a huge community of largely anonymous users, Reddit is great for getting real, uncensored opinions about a whole range of topics. You may need thick skin to click through topics bashing your industry, or maybe your company in specific, but it's free and relevant feedback that you can use without revealing yourself as an actual marketer.

Posting cheesy memes about your product and slinging Reddit terminology around when you don't know what it all means and when to use it won't earn you "one of us!" chants, just a lot of downvotes. You have to stay true to yourself and your expertise when posting on Reddit, and if you don't know what's going on, don't post! And certainly don't post something just because you saw a funny meme on Facebook, or because your Twitter manager had success with a joke there. Pandering won't get you anywhere on Reddit.

4. Only talking about your company or product

Brands with a sense of humors and self-awareness are the ones that succeed on Reddit. Nissan, for example, had a pair of their community managers hop on and start a thread about crazy purchases on Amazon, and ended up buying some of the crazy things people suggested. A Redditor snapped a picture of a giant Amazon box a few days later, and it turns out there was a Nissan Versa inside! This sort of honest

marketing works on Reddit because Nissan didn't try to sell anything or trick anyone, instead they contributed to the community. Too often I've seen Ask Me Anything threads with CEOs who are unwilling to answer tough questions about their products from savvy users. Posting something new and interesting or asking fun questions will get you results on Reddit, and it just so happens that you're posting as a brand. Someone clicking on your user profile doesn't want to see a whole string of posts just pimping your products.

Instead of trying to make people buy your products, why not ask a general question about the industry and reward great replies with free swag? Or dish out some Reddit Gold, a badge of honor for great posts that means a lot to make Reddit's users and earns them some cool perks. Denver social media marketing firms do giveaways on Facebook and Twitter all the time, so if you're going to try to get involved on Reddit, there are worse ways  to get your feet wet. Plus, you'll be able to get some honest product reviews from a notoriously critical and cynical crowd.

Odds are, you shouldn't try to market actively on Reddit. Most people that do, fail miserably. If you want to get started, "lurk" without posting for a couple weeks and just read. Learn the system and the lingo, and find subreddits that are relevant to your target audience. You can learn a lot without even posting anything. If you really want to hop in, try contributing things unrelated to your products or company to test the waters. You don't need to hide the fact that you're a brand, and you can handle the users who are wary of being advertised too.

Bottom line is that you should always be providing value to potential customers online, whether they are on your site, your Facebook, in the store, or on Reddit. Nobody is going to complain about getting valuable content from a brand, and gaining new fans through social media sites like Reddit is just the first step towards building a loyal customer base. Don't rush through to the sale when people aren't interested. Marketing on Reddit is usually a bad idea, but if you avoid these mistakes, your social media marketing efforts won't fall flat with users. Know of some great marketing campaigns on Reddit, or have you seen some terrible ones? Leave a comment and we can laugh about them together!