If you've lived under a rock and/or don't care about pop culture or music from the past ten years, allow me to give you a quick recap of who Beyonce is: member of Destiny's Child, massive solo career, has that "Single Ladies" song from every wedding you've been to, married to rapper/mogul Jay-Z, and new mom. She also happens to have released her fifth studio album at midnight last Thursday, with no leadup, no huge marketing strategy, and no smash single (so far). It's a bold strategy in the face of huge campaigns leading up to albums this year from Justin Timberlake, Lady Gaga, and Drake. So, did it pay off for her?

Yes, in a huge way. Beyonce's self-titled album was released exclusively on iTunes, and after three days is already the fastest-selling album in iTunes history. She's topping charts in over 100 countries while on the way to selling more than 800k copies worldwide in her first week. That's more than Gaga and Katy Perry, her nearest pop competitors, sold in their first weeks combined. It was definitely risky, but it's paid off big, reminiscent of her husband's strategy that he used to release his album Magna Carta Holy Grail, with a only couple weeks running a Samsung ad as the whole marketing effort.

While there are many differences between releasing a huge pop album and your own digital marketing efforts, it's important to recognize the components that Beyonce and her team utilized to make this album launch such a huge success. Here's five marketing lessons we can take away from the new work from Mrs. Carter. 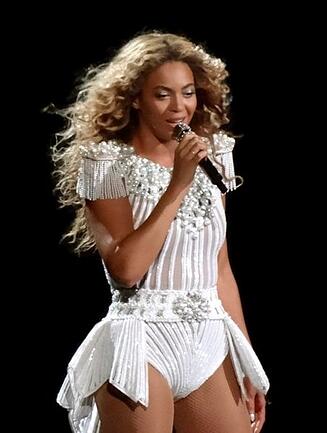 1. Timing is everything. It's been two years since Beyonce released an album, and while she's taken that time to perform at the Super Bowl, give birth to her first child, and embark on a world tour, her fans have been hoping for a full length release for a long time. At the end of the year, after seeing all her competitors release their work with different results, a surprise album right before the holidays gave her the chance to dominate the Christmas shopping window and face no competitors on digital shelves. When you are releasing a new product, or even a new offer, promotion, or blog, make sure you are paying attention to when it is going out. Keep your ear tuned to what your customers are asking for and deliver it at the right time, and they'll come flocking.

2. Presentation is just as important as content. If you spend all your time perfecting your product or content, and don't worry about how it's presented to your potential customers, it won't matter how great the actual offer is. How you position your content can make as big of an impact as the quality of the content itself. Personally, I think Beyonce's new album is just okay. There's no huge singles and some of the songs are so long they border on boring. But by making her album the must-have release of the holiday season, she's selling copies like crazy. Arguably, she wouldn't be enjoying this same level of success if she had slowly announced her new project and released singles to promote it. With a midnight release, she created the kind of buzz most artists dream about out of thin air. The way you promote something can have even more impact than the actual quality of the offer.

3. Know your audience. Beyonce fans are some of the most loyal in the world, and Beyonce was well-aware of what they would do with a surprise new album: buy it immediately. This sort of marketing strategy wouldn't work for any pop star, even some of the biggest ones. But with legions of fans and some old fashioned word-of-mouth marketing, her new album was the internet's favorite thing all weekend. If your business markets B2B, then maybe Facebook isn't where you should be spending your time. LinkedIn is probably the better play, and if you know your audience, who they are, and what they are looking for, then you can position yourself to be successful by being where they are and giving them what they are looking for.

4. Don't work for free. Piracy is one of the biggest issues in music, despite all the amazing ways to buy and listen to it online. Beyonce skipped a lot of the danger in modern music (the leaked album) by keeping her project under wraps until the last possible minute, and by launching on iTunes, forced her fans to buy the album instead of trying to look around for a pirated version and miss out on the excitement. By making iTunes the exclusive place to hear the album, she could charge $16 per copy, earning sales instead of Spotify plays. So while you are reaching out to fans on social media and promoting content on your website, make sure you are getting something in return. Start with contact information, so you can reach out with more content and promotions, and eventually turn those casual Twitter followers into customers.

5. Take risks. Change things up, don't follow the same course every time. The great advertisers of our modern age don't get the respect and buzz that they do by rehashing the same thing over and over. Think outside the box and find ways to reach your audience that you've never thought of before. It's worked for Beyonce, and we'll certainly see people try to follow her lead in 2014. She's challenging the status quo and altering the way the music industry looks at the standard marketing cycle, and in the end, that may be a greater contribution than the album itself.

So take some time to evaluate your marketing efforts, see if you're utilizing these components in the way you create content and reach out to potential customers. If nothing else, buy the Beyonce album and see what all the fuss is about. Just say it's for your niece for Christmas, but there's no judgment if I see you singing along in the car. Smart marketers look for inspiration from everywhere, and where better than an unprecedented huge album release from one of the biggest pop stars of our generation?