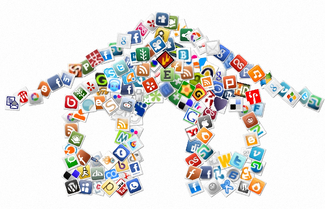 I recently published a 2013 social media marketing review before Christmas, looking at some of the biggest happenings on social media sites throughout the last 12 months, and now it’s time to start looking forward!  Here are some of my predictions for social media in the year 2014!

1. Ads Will Become a Regular Thing for Many

Facebook has the promoted post (among others).  LinkedIn started utilizing different ads.  Twitter throws promoted tweets and pages in your feed.  Hell, even Google+ started providing ad options!  The signs have been here for a while now, and 2014 will only work to increase the different ways in which businesses can advertise through social media channels.  For many, this means that your business (no matter the size) will have to utilize some sort of pay-for-post advertisement on social media in order to reach larger audiences.

2. Video Will Kill the Other Media

Facebook gave us a little wiff of this just the other week as they introduced new video ads that start playing immediately in your feed as your scroll over them.  Soon, I predict that all major social media sites will be utilizing some sort of automatic video playing system for their feeds, allowing you to see what’s going on in everyone’s videos without ever having to hit play.

In 2013 Twitter announced it was going public.  In 2014 Twitter will start to really push Facebook for the top dog spot in social media.  Twitter is becoming a site for everyone instead of just for celebrities and brands, and because of that I expect to see continued growth in real users on the site. 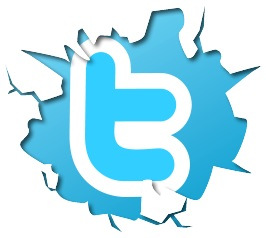 Because of that, there will be more people on the site publishing and promoting new content than ever before.  The market for specific offers will become more saturated in particular industries and those who create the best content and are the most creative with their promotion will be the ones who will succeed.  Gone are the days of publish and mindlessly promote.  The future holds nothing but specific, engaging posts meant to specifically target relevant audiences.

5. (Great) Blogging Will Be Highlighted

Changes in newsfeed algorithms and movement toward “quality” content being promoted and highlighted on major social media sites means that informative and creative articles online will trend like never before!  If you’re blogging already, take note and start thinking of new and cool things to write about and start spending more time coming up with awesome titles that will catch the eyes of readers and intrigue them!

Customer service on social media (especially Facebook and Twitter) has never been so popular.  People are voicing their opinions publicly and are looking for these brands to get back to them faster and with more helpful responses.  If you’re a large company or have a highly engaged following, 2014 might be the time to consider a customer service strategy so that you can protect your brand’s image and reputation online.

Like it already hasn’t… But still, 2014 will be the year where medium to large companies will look to hire real social media managers instead of dumping the responsibilities on current employees.  Small businesses will also step their game up for social media and will look to social media marketing agencies to take them to the next level in relevancy and sales.

If you’re at all connected to social media, whether through the profession or just as an active user, you know that 2014 is going to be a big year for it.  What do you think of my predictions?  Did I miss anything?  Am I completely off-base?  Let me know in the comments below and we can follow these throughout the new year to see if I know what I’m talking about or if I’m just bat-shit crazy.

Previous
Do Your Own Research - Denver SEO Companies Don't Cut It
Next
Responsive Web Development: The Small Screen and the Big Picture