So it’s been a while since our last tour, due partially to the fact that I (the self-appointed bus driver for the brew tour) had been away from work on my college graduation trip (patting myself on the back AND giving away my youthful age, oh yeah!) and things getting increasingly busy and exciting here at Revenue River!  Worry not fellow beer lovers!  I’m back in town, settled in and ready to take you to the next stop on the Great Revenue River Brew Tour!  If you’re joining us for the first time on our tour, here’s what you should know…

Being a Denver marketing firm isn’t easy.  With so many other great companies out there, differentiating yourself can be quite stressful.  We like to deal with the stress of being the “disruptive” agency in the group by enjoying a nice Colorado craft brew every once in a while!  It wasn’t long until we began to realize the almost scary similarities between the breweries that we were supporting and our little marketing agency and its techniques.  We both enjoy beer (duh), both love challenging the status quo and both utilize various inbound marketing techniques to reach our customers!  After a more in depth analysis of their marketing tactics, it would seem these Colorado craft brewers were our long lost brother and sister companies!  Utilizing social media to connect with and create loyal fan-bases, implementing new and creative ways to market their products and stepping up their games with easy to use and aesthetically pleasing websites are just a few ways these brewmeisters have found their way into our hearts!

For our last stop we ventured up into the mountains to visit Ska Brewing Company and saw how their high altitude marketing tactics was taking them places!  We’ve decided that we love both mountain and Denver marketing so much that we’ve found a perfect middle ground for this week’s installment of the Great Revenue River Brew Tour: 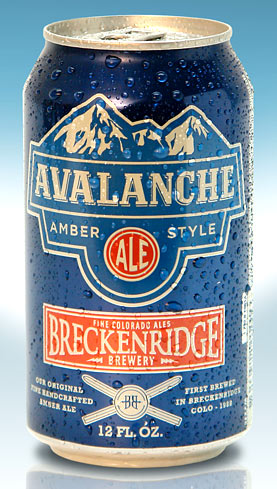 Location: Headquartered just outside downtown Denver with 4 other Brew Pubs around the state

With nearly half a dozen locations across the state and an exciting new facility on the way (just around the corner from the Revenue River offices, I might add!) Breckenridge Brewery is sitting pretty in the craft brewing world.  If their great tasting beer wasn’t evidence enough as to why they’ve been so successful, just take a look at their various efforts online and within the Denver marketing scene for confirmation!  An attention to detail on their social media efforts along with outside-the-box co-branding ventures is what sets this ski-bum-turned-savvy-businessman brewery apart from the competition

Life is good for Breckenridge Brewery, and after looking at just a few aspects of their very diverse and creative Denver marketing activities, it’s pretty easy to see why.  We’ve already written about the Colorado craft brewing golden boys at New Belgium, but I wouldn’t be surprised to see Breck Brew make up some serious ground over the next few years with their forward thinking ideas and smart growth strategy.  You can follow Breckenridge Brewery on Twitter here and like them on Facebook here to get all the updates you could ever want from these guys!

Previous
Don't Know Where To Start With Search Engine Optimization?
Next
5 Easy Steps to Writing a Great Blog Post

Marc was one of the first hires at Revenue River and served a nearly 9 year tenure - helping to build the agency's marketing services department before then moving into operations. Always a strategic thinker, Marc loved to work through the best way to drive marketing results efficiently and mentored many members of the team using his very own marketing framework - the Organizational Growth Strategy.