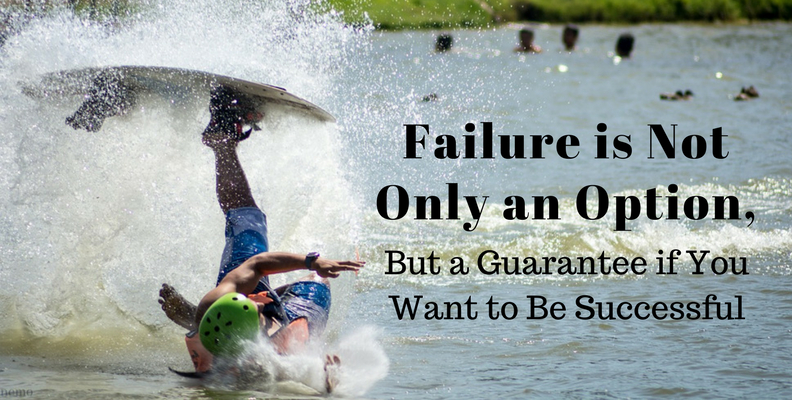 No one wakes up saying “I sure hope I fail today!”

There are many quotes by very successful people stating they realize they wouldn't be where they are now without those failures. You just need to figure out how to take the experience and learn from it, becoming better not only in what you are trying to accomplish, but as a person in general.

Failure is One of Our Greatest Teachers

“Failure and defeat are life’s greatest teachers but sadly, most people, and particularly conservative corporate cultures, don’t want to go there,” says Ralph Heath, managing partner of Synergy Leadership Group and author of Celebrating Failure: The Power of Taking Risks, Making Mistakes and Thinking Big. Most people try really hard not to fail, and when they do, they ignore it or sweep it under the rug. But what if you owned it and stepped back and said: “Well that didn’t work, what can I do differently to change the outcome?” If we all took our failures and readjusted our actions to do our best to guarantee it wouldn’t happen again, imagine the success we would have!

Look at Thomas Edison. He is one of the greatest successes in history. He failed to create the light bulb 1,000 times. But instead of thinking of them as 1,000 failures, he looked at it as 1,000 steps to creating one of the most significant inventions of all time.

The key here is to learn from your failures and do what you can not to repeat them. Accepting your failures is not expecting to fail. Be aware the possibility of failure exists, but be confident in your choices to avoid such failure. Just remember that if you do fail, it won’t ruin you. Embracing that thought will empower you to have the frame of mind that will increase your chances of success that much more.

“Your greatest failures are your biggest blessings.” – R.L. Adams

Obviously turning your failures into successes is not easy. Especially if it is significant. After we fail, we tend to spend a lot of time soul searching. And that usually leads to making one of two decisions: Give up entirely or try again. It is not easy to try again, but a majority of the greatest success stories in history only occurred because they chose not to give up. J.K. Rowling suffered through 7 years of poverty and was rejected by 12 separate major publishing houses before eventually publishing the first Harry Potter book. And Henry Ford went bankrupt twice before finally succeeding with the Ford Motor Company. Their successes are astounding, and they absolutely did not come easily. There were many failures before that success.

You have to have a passion for your end goal. There may be some sacrifices along the way, but when the reason is strong enough, you can overcome anything. The most important key is to come up with a strong enough reason for succeeding.

There are so many distractions in life ready to sidetrack you from your goals. Find something that inspires you to keep you headstrong on your path. Create a board and pin photos of those that inspire you, or of what you are working for. Think about what success will be to you and keep your eye on that prize.

This one is a kicker (for me anyway). Nothing will stop you more from turning failure into success than the lack of organization. Start working to establish and set goals, create good habits, and learn to manage your time effectively. You have to be invested in yourself to develop these skills. Most of the successful people that we look up to have this all figured out.

We all know that taking action is the best way to accomplish something, duh. But how many people take action towards their long-term goals every day? When we don’t take action towards our goals, we allow them to slip further and further away. Often times we almost have to start at the beginning again when we let them go for too long.

Take a look at Revenue River. Part of our mission statement is: "We're more determined to be successful than anyone we'll ever run into. No one wants it more than us." When you have our determination to continually be the best, you will run into things that don't work. When this happens, we readjust and move forward even stronger and smarter.

Just keep in mind “Your greatest failures are your biggest blessings,” as R.L. Adams once said.

We are meant to fail. But if you don’t let failures beat you, if you take them and grow and become stronger, nothing in life can stop you! Know that the more risks you take, the higher chances you have to fail, but the greater the reward you will receive.

I will leave you with one last quote. Maya Angelou said "It may be necessary to encounter the defeats, so you can know who you are, what you can rise from, how you can still come out of it."

Previous
The Key to Sales Pipeline Management: Seek First to Understand
Next
3 Productivity Strategies for Any Marketer to Stay Focused and Drive Results 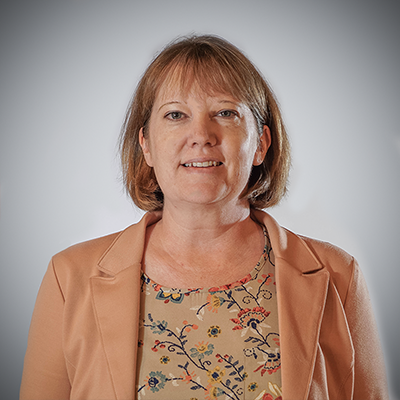 Andrea has over 6 years Marketing experience. She is a native of Colorado and loves all that the state has to offer. She has found her passion in Project Management and loves the challenges it presents. She also enjoys developing client relationships and providing the best experience possible.