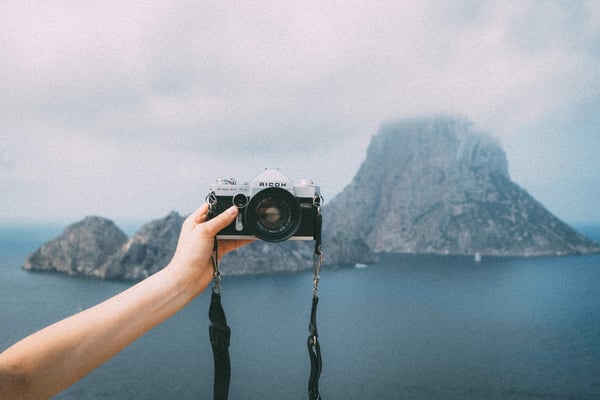 In 2013, the average cost for a 30 second ad buy during the Superbowl was a cool 4 million dollars, or $4.285 million in today's dollars. That's $133,333 per second of ad time, the highest rate of any Superbowl to date. According to the market research firm Nielsen Holdings, an average of 108.69 million Americans tuned in to the game.

But let's go back to 2013 for a moment, where things get interesting. Superbowl XLVII was hosted by New Orleans and played in the Superdome. Major advertisers had spent millions, Beyonce and Destiny's Child were performing at halftime, and a post-Katrina New Orleans was eager to host the coveted event. A few minutes into the second half of the game, half the stadium lost power, and eventually descended into a 35 minute stadium-wide blackout.

Any guesses as to what happened next?

Everyone got out their phones and started tweeting.

Status updates, selfies, conspiracy theories about the power outage - you name it, and it was trending on social media. So what did savvy marketers do? They used contextual marketing to join the conversation. And they contributed savvy, relevant, entertaining content that, in some cases, stole the show. Take, for example, a tweet by the snack manufacturer, Oreo.

Oreo had spent millions to purchase ad time and create a traditional Superbowl Ad, and when the blackout hit, the agency who had created the ad met for an emergency meeting. Within minutes, a tweet was created, approved, and posted. The tweet, retweeted over 14,000 times featured a single cookie in the corner of a darkened background. Across the 'You Can Still Dunk In The Dark' and the tweet was captioned 'No Power? No problem.' The traditional television ad was well received, and years later it's still a clever tweet with a picture of a single cookie that made history.

Why was Oreo's tweet so successful? To understand how, we need to understand contextual marketing. The rise of social media has fundamentally shifted the way media is consumed. Media is no longer a monologue of content broadcast for consumption. Instead, it's a dialogue - interactive, shared, open for those who want to engage. It's responsive. And it's social.

So how do marketers adapt to this paradigm? How do they join the conversation in a meaningful way? By utilizing a contextual marketing strategy, of course. In the example of Oreo, a unique situation (loss of power in a stadium) created a shared context for the company's marketing agency to exploit, while social media provided a means to reach a large audience. Regardless of the intended audience, a successful contextual marketing strategy requires adherence to best practices and proven steps.

In the age of social media, a rapid response is required to participate in the conversation. For those who are willing to dedicate time and resources towards applying a contextual marketing strategy on social media, the payout is immense. The leading social media platforms are staggeringly popular: an estimated average of 1.47 billion daily active users are on Facebook alone. Instagram reports 800 million daily active users, and around 450 million people log into Linkedin daily. While these numbers alone seem like reason enough for companies to create accounts and hop online, this would be missing a key point:

Social media encourage users to naturally self-segment in order to participate on the platforms.

Personalization and segmentation have long been essential components of marketing strategy, and for good reason. As an increasingly digital world demands more online privacy regulations, the contact information required for the aforementioned methods can be more difficult to access, or even unavailable. Contextual marketing does not need contact information to be highly successful, and as such is an essential component to any marketing campaign. Combined with it's unique ability to tap into social media networks, contextual marketing becomes a powerful tool to transform how marketers and companies interact with users.