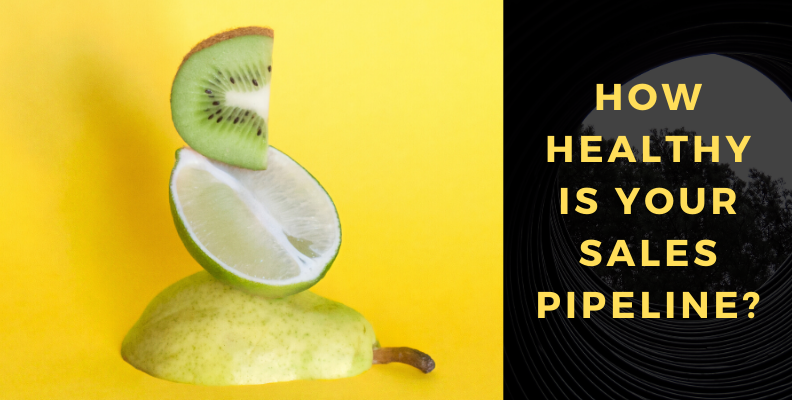 Step right up ladies and gentlemen, let’s play the numbers game! Almost anyone with sales experience knows that sales are all about the numbers. But even after sales stages and calculated conversions are defined, how do sales results change so much? It's all about the data. Crap in - Crap out! Besides asking “Are we hitting our sales target?”, how can you tell if your sales pipeline is healthy, and why is a healthy pipeline so vital to the success of the overall organizational goals?

We are all programmed to see the sales pipeline in the shape of a funnel. Cast a wide net to gather prospects and as those prospects journey through the sales process, the numbers shrink until you’re left with a small number of opportunities that are won. But is the funnel really the best way to see a sales pipeline? Really? With the most significant drop-off near the top — when a lead reaches a process milestone, like a demo or trial. This opportunity pool shouldn’t narrow much further after said milestone. This means a healthy pipeline, according to Jeff Hoffman, ("5 Questions to Assess Sales Pipeline Health", Hubspot), may look more like a champagne glass. The pipeline should indicate that once a lead passes through the qualifying stage it should be highly likely the opportunity closes. A healthy pipeline will reveal poor conversion rates early on, during qualification, in exchange for fantastic conversion rates later.

But how do you know if your pipeline is healthy or about to hit the ER stat? Here are 5 things you can look for that can get your funnel clean and/or keep it that way.

Let's face it - a healthy business depends on a healthy pipeline. Tending to the sales pipeline is monumentally important to keeping it healthy. This is not something you set and forget. Taking these questions above into account helps keep your pipeline healthy and if you find it's not... It's time to take your medicine and get back on track.