Well this is quite the post-holiday gift. Writing about my favorite sport and the marketing efforts of the NHL? Best. Day. EVER.

But really, this should be fun, and in all honestly, there are some great and entertaining social media accounts being piloted by teams around the sport of hockey. One Twitter account even surrounds the iconic, 34.5 pound Stanley Cup itself, and where it is in the world. Most, if not all, are focused on fan engagement, rentention, and growth while using some pretty fun and modern sports marketing techniques. Let’s begin with one that takes the sport of hockey back to it's basics:

This isn’t a groundbreaking event, the NHL went back to hockey’s roots with the NHL Heritage Classic in 2003, but then there was a 5-year lull of no outdoor games. Smart move to make it an annual event in 2008, when the inaugural NHL Winter Classic outdoor game kicked off. Since then, the league has kept the Winter Classic a New Year’s day tradition, and has expanded with the Stadium Series where in the 2013-2014 season there was an additional 4 outdoor games. The NHL will, and should continue with this trend.

Why This Is Good: If there were one game a non-hockey fan should watch during the season, it should be a game held outdoors with the natural elements in play (played in either a baseball or football stadium I may add). Ratings are through the roof; in 2009 the game reached the highest television ratings for a hockey game in 33 years. This is a non-conventional professional sport event that hasn’t lost it’s luster, with the marketing surrounding the event including a television series, branded memorabilia, and lastly a sold out stadium of crowds that sometimes quadruple what a hockey arena can hold (Attendance in 2014: 105,491 at Michigan Stadium).

I am proud to announce that all 30 NHL teams have a verified Twitter account…that makes me smile. With that being said, it’s the teams using “more” than Twitter that I put into that upper echelon, elite social status per-se. Teams like the Colorado Avalanche and Washington Capitals are very involved with Snapchat, a social sharing app that uses image and video to appeal to the masses. Why this is so intriguing to me is because most would say Snapchat is very exclusive and privatized. Users can pick and choose who receives a “snap” and for how long, before the snap disappears forever. In terms of use, Snapchat is almost as simple as you can get.

Why This Is Good: In the amount of time you can send a “snap” to your followers, you may not have blinked an eye. So in the busy day of NHL marketing professionals, this app turns into a huge draw as a marketing tool. I personally follow the Colorado Avalanche account. What I find is practice updates, short snippets of player interviews, live game updates…all in one. Teams that use this can incorporate a "lighter" message, making it positive and upbeat, because that’s what Snapchat is, a humorous, upbeat social sharing app. Kudos to teams that use it.

This tactic isn't solely pushed by the NHL, it's prevalent in all major sports. But, for an avid fan of a team located in Detroit, while living in Denver, this is a godsend. The site, whether on the NHL homepage or a team specific page, is very easy to manuever and digest the media you desire. Even better, at the beginning of this season the NHL updated their media player so that once a goal is scored, you can view the highlight in roughly 5 minutes (before this year you would wait until the game is completely over). The other option is to buy into NHL GameCenter Live where you can watch out-of-market games all season for 99 dollars. Fairly priced, especially if you are a die hard fan like me, you don't miss a beat.

Why Is This Good: If you're impatient (cough cough, me), you want to see immediate highlights. Not only this, but it has to be easy to use, and quick. Below is what the mobile layout of the NHL videocenter looks like on the NHL App. Ignore the fact that the video title is in French, but you can see the ease of watching the content you want. The NHL has to be happy with the upgrade they made, because their fans are smitten (i.e. me)

The Detroit Red Wings do this quite a bit, a "scavenger hunt-esque" ticket giveaway.

And the result is happy fans plus positive follower engagement!

All @ATT flash tickets have been claimed! Thanks for coming out and congrats to our winners. pic.twitter.com/uZHVuff5qG

The Colorado Avalanche have a great interactive campaign where after a game, they will run a contest for "best game caption" which allows followers and fans to get quirky and creative. The result if you are the lucky winner? The headline on the Avalanche' official website!

And finally, how about a little matchup against an NHL player in some Bubble Hockey? This takes some cooperation with the team, but you will find most players make themselves readily available for community involvement like this, which is great.

You have a chance to play bubble hockey against @Jason_Zucker16 from 5-6p tonight at @MalonesMN. @budlight @KFAN1003 pic.twitter.com/Sdzk960wPp

That last one may be promoted outside of social media as well, but it still shows the effort teams go through to endorse a community based event.

Hockey is a fast paced sport, followed by a fast paced marketing environment. It goes with most sports that the marketing plan must surround everything and anything, from the team to the fans. As shown above, some of the coolest (no ice rink pun intended) marketing tactics are put on display by the NHL. As a marketing professional and a lifelong lover of the sport, seeing great fusion brings a great, teeth filled smile to my face most players aren't so fortunate). 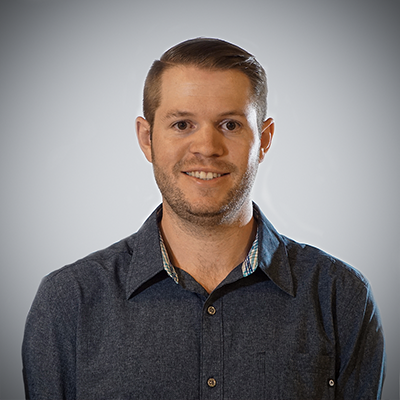 Tom, aka "Big Data Tom",led our cutting edge multimedia department from 2017 to 2020. As of first Director of Multimedia, Tom used his wealth of knowledge to effect and create results that sometimes our clients wouldn't consider. Tom is also an avid hockey fan and player. As a die hard Red Wings fan, it is rumored he has a tank full of 11 octopi at home, one for each of the Wings Stanley Cup victories.