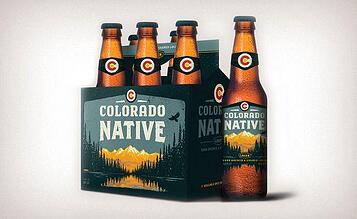 It seems the brew tour is catching on.  We're getting tons of views, lots of sharing, and the featured breweries are loving the fresh content and promotion for their own Denver social media marketing efforts.

As I've been enjoying the articles from my team I've realized that there are more great breweries in Colorado than I knew about.

And I love me some beer.

Growing up in the Great Northwest there were no shortages of micro breweries throughout Washington and Oregon.  I cut my teeth on beers from Pyramid, Red Hook, Boundary Bay, Alaskan, and Deschute's.  I stand firm that the best craft brew of all is Mirror Pond Pale Ale by Deschute's Brewery in Oregon.

Living in Colorado for 11 years has taught me to love the local here too however, and my current favorite and proud sumission to The Great Revenue River Brew Tour is none other than Colorado Native. 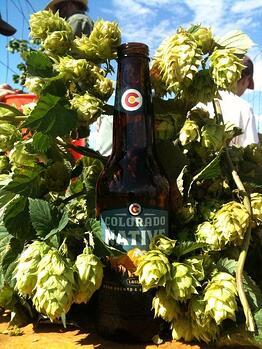 Before everyone freaks out and @marcherschberge scolds me at lunch, I understand that Colorado Native isn't a true micro beer.  It's brewed by Colorado's largest and most famous brewery of all, AC Golden Brewing(Coors to most of us).

*Colorado Native Lager is a 5.5% abv amber lager introduced in April of 2010 by AC Golden Brewing Company, a subsidiary of MillerCoors. The beer is brewed in a 30-barrel brew house in Golden, CO. Colorado Native is the only lager ever brewed with Rocky Mountain water, Colorado-grown hops, Colorado-grown barley from the San Luis Valley and the oldest strain of brewer’s yeast in Colorado.

There's something about a craft beer, brewed in Colorado, using only Colorado-grown ingredients that makes me want to pour it down my gullet.  Add to that they have super-clean and attractive packaging and marketing assets, I absolutely love their brand identity.  Plus it's delicious!

As a Denver marketing company we pay attention to the little details, and it's obvious to me that the resources available to AC Golden Brewing were well used in building their brand logo and guidelines.  They also do a lot of stuff in the community to grow their brand, and their social media marketing pressence is strong with over 5,000 fans.

So how do they stack up overall?  Here's how I see it, if you disagree let me know in the comments below and we can discuss.

Beer:  'A-' for taste and presentation, 'A+' for ingredient selection

Brand Identity:  'A' for such a great job with the logo, packaging and positioning

Web Pressence:  'B-' for underwhelming me with exactly what I expected, only a little less

Social Media Marketing:  'C-' because no brand without a Twitter campaign is really in the social media game

Giving Back:  'A' for caring enough to contribute and taking the time to set it up right

Eric is the Founder and CEO of North America for Instrumental Group. An agency owner since 2009, he's dedicated his career to working with his growing team to help organizations scale with HubSpot. An avid outdoorsman, Eric spends his free time exploring the Colorado Rocky Mountains with his wife and two boys.