Transforming the Customer Experience with a Custom Shopify Plus ERP Integration

Selling direct-to-consumer with eCommerce is no longer optional. On top of that, you have to have a best-in-class tech stack to make that eCommerce experience exceptional for your customer. Whether you’re a B2C company selling the latest gadget to end-users or a large industrial B2B company selling filtration equipment to contractors, eCommerce should be a part of your revenue model.

Why? Because today’s buyers want the option to self-serve. If your company doesn’t provide this option, it’s missing out and clearly not in touch with the current buying-behavior trends.

Sterling Rope knew this, and they came to Revenue River for help modernizing their website technology and user experience.

For the last 25 years Sterling Rope has been a leader in the design and manufacturing of rope and cordage products. Their products span a variety of applications, including fire, rescue, arbor, industrial safety, and recreational climbing. Sterling’s tagline is that their products provide the “Freedom To Focus.” This is exactly what we wanted our system to do for them.

Sterling Rope Was Looking To Provide Their Customers Freedom To Focus

Looking to Re-invent the Shopping Experience

When Sterling came to us they were looking to evolve their revenue model. Like so many manufacturers, Sterling Rope considered direct-to-consumer sales a secondary priority. Historically the bulk of their revenue, some 90%, came from product sales to their retail partners, who they relied on for distribution. Their internal champion, Liz McLellan, came to us for help reinventing the web experience and growing online sales.

I wanted a partner who would bring their expertise and knowledge to the table, work alongside me, and together, we can do the best work for the company. That is what I've experienced with Revenue River. They are tactical, practical, honest and a pleasure to work with. 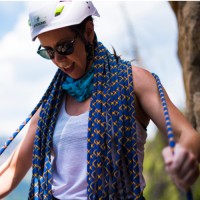 The Challenges of Changing a Company’s DNA

Ahead of the curve in comparison to many of their peers, they weren’t starting from scratch when it came to selling direct to consumers. They already had the basics of an online shopping experience in place. The had a shopping cart platform that was integrated with a larger educational site, they had a PIM (Product Information Management system) in place, and they had an ERP (Enterprise Resource Planning system) on the backend to handle order fulfillment procedures in their warehouse.

On the front side of the project, the job to be done was relatively straightforward:

This project affected multiple functional areas of Sterling's business and needed extra meticulous attention to detail. Every improvement we made cascaded throughout the organization and had to be given consideration. 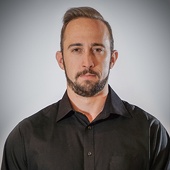 As far as jobs go inside the eCommerce world, this was nothing out of the ordinary. The real complexities and true challenges didn’t become apparent until we started pulling back the layers of the onion.

The mountain to overcome was Sterling Rope’s tech stack. It was architected and built around technology that was over ten years old. Like many organizations that still have legacy in the mix, bubble gum, and duct tape have to be used to scale the system. Those that have done it know that blending legacy tech with cutting-edge tech requires creativity.

After we got started scoping the system architecture, we learned three critical obstacles that we would have to overcome:

The Solution - Merging the Old with the New

The website portion of this project flew by without a hitch. After the initial audit of the current site, we created a new site map that detailed the information architecture of our new website. We also designed a buyer’s journey that tied to conversion paths we had implemented on the site. Both of these actions allowed us to create specific paths for specific buyer types, thereby delineating B2B consumers from B2C consumers. This also meant ensuring we included unique content and resources to satisfy both use cases. All of this together maximized conversion potential and gave us a strategic framework around which we redesigned the aesthetics of the site.

To stand up the Shopify Plus store we had to contend with the obstacles that came to light after we dug in. This required us to adjust our usual processes. A much more meticulous approach was required and thus we settled on handling aspects of the build into phases:

When migrating an existing store to a new Shopify Plus setup, you go through a relatively standard checklist of items that need to be built out. Once you’ve accomplished these items, listed below, your store is functional and ready to go.

Products and Variants Migration: We handled this aspect in traditional fashion. We downloaded product details csv out of Mijoshop and restructured it to meet Shopify’s requirements for upload. Due to several custom field requirements, we also installed a metadata app (Accentuate) to expand the capabilities of the standard product page templates to include more content modules.

User Account Migration: Due to compliance requirements stemming from the sensitive nature of customer account information, you can’t simply export and import legacy accounts. Instead, we downloaded a list of all account email addresses and emailed them requesting that they recreate their accounts in the new Shopify Plus store.

Uniquely, this was as much of the standard Shopify buildout as we could complete. The rest of the items on the list above became either irrelevant or incompatible due to the technical requirements tied to Sterling’s ERP system. To achieve the necessary system architecture and data flow we essentially had to cut off the back half of Shopify Plus’ functionality. Shopify’s functionality was instead reduced to hosting product pages, initiating checkout, and capturing customer payment information.

As you can imagine, this was not usual best practice for a Shopify Plus store. This is where the job got interesting! 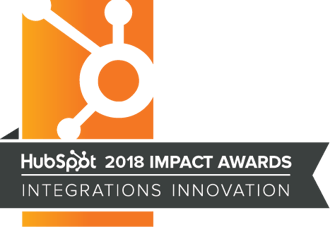 Want more? Check out our award-winning eCommerce system for Deuter.

Going into this job we knew part of the project would be to recreate the customer order file feed that Mijoshop generated and delivered to Sterling’s ERP. Here is how this originally worked:

This sounds simple when it’s spelled out with just four bullet points. In reality, to accomplish recreating this data flow for Shopify Plus and accommodate the obstacles mentioned earlier, this meant a dramatic increase in the level of complexity of this line item. In the end, it required the efforts of Revenue River’s internal development team, Sterling Rope’s dedicated ERP development team, a project manager, and several months of intense work.

Recall above that we couldn’t complete the standard Shopify Plus setup because we had to accommodate this order file feed. This meant breaking Shopify. Revenue River’s development team, via Shopify’s Liquid language, had to extrapolate specified order information during the checkout process and store it in csv files. This was the same as Mijoshop had done before. Then came the tricky part.

From the consumer’s perspective Shopify and its checkout process functioned normally. However, after an order was submitted, Revenue River had to capture an ‘authorization token’ from Sterling’s payment gateway. Recall that Sterling’s internal teams needed to validate inventory before completing an order, processing payment, and initiating shipping.

Traditionally, when an eCommerce purchase takes place an authorization token is generated and the payment is immediately processed. We had to work with Sterling’s gateway team to essentially pause this process and store the token within the order files we were generating. On Sterling’s side of this project, their development team had to reconfigure the new payment gateway to work within their ERP. This allowed them to capture payment, via the token delivered in our order files, after inventory was validated.

After the above was accomplished, all that remained was the reconfiguration of the FTP feed. We pointed Shopify at the feed to transfer and store the file exports. From there a look-up tool within the ERP was restructured to recognize new files stored on the intermediary server. This tool would then pull the new files into the system and code would parse the information as was outlined previously.

The complexities in some businesses create opportunities for dynamic solutions. Our ability to architect processes and align systems using unconventional integrations and automation made this a really fun project to execute for them. 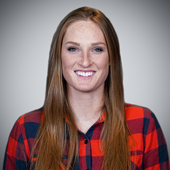 At this point, Shopify and the ERP were functioning seamlessly. However, because we had to break Shopify Plus to generate our custom order file, we couldn’t use Shopify’s standard shipping process. This meant no notifications for the customers. Not exactly an ideal customer experience. Thus more creativity was required.

Sterling Rope used UPS as their shipping partner and their proprietary software called WorldShip. After working with the UPS team we learned that we could replace Shopify’s basic delivery notifications with WorldShip shipping notifications. We also devised a way to encourage shoppers to sign up for UPS MyChoice. By doing so, they would receive even more detailed shipping updates and we branded them with Sterling’s logo and style guide. Together these two shipping-partner solutions completely circumvented our inability to use Shopify Plus’ shipping functionality.

With the shopping experience now finished, all that remained was ensuring the rest of Sterling’s backend systems facilitated scalability for their newly improved revenue channel. This meant integrating Shopify Plus with HubSpot and setting up a Shopify channel within their PIM.

Similar to the ERP and its central logistics role, HubSpot served as an equally central platform for Sterling Rope on the marketing side. With the native Shopify and HubSpot integration we were able to have purchase data flow from Shopify into HubSpot. This armed Sterling’s marketing team with the capability of crafting highly focused marketing messages based on consumer purchase (or lack of purchase) behavior.

Lastly, the final piece of the puzzle was to set up a channel within Sterling’s PIM and integrate it with Shopify Plus. The function of a PIM is to house all of a company’s product assets and provide a centralized platform to then push asset updates out to external channels (shopping carts, 3rd party sellers, market places, etc.). Although Shopify as a channel was still in beta, we secured advanced access for Sterling Rope. After we mapped fields between the PIM and Shopify Plus, we were able to remove the need to manually update Shopify Plus anytime a product was changed or added.

After everything was said and done, we accomplished this entire project within the confines of the original budget and to spec.

An Unfortunate Change in Direction

Unfortunately for everyone involved with the project, right as we completed the project Sterling Rope was acquired by a new parent company. This parent company was part of a larger holding company that had successfully implemented a host of BigCommerce stores for the other brands under their product umbrella. The decision was ultimately made to not launch our finished product in favor of folding Sterling Rope’s store into the same BigCommerce implementation used by the rest of their new organization.

Circumstances like this can arise at any moment, but what matters at the end of the day is the quality of the work you do whether it’s implemented or not. Although it was somewhat disappointing to know that the solution we created would not see the light of day, we were happy for Sterling Rope and proud of the work we’d accomplished together. Our thoughts on what it takes to grow eCommerce sales
Put our team to work helping you reach your goals for digital today!
Make Your Own Story
❌